For over half a century, this pharmaceutical company has made an enormous impact on the community in Kankakee County. Over the years, the name of this company has changed, but the work and presence in the community has stayed the same.

In 1951, Armour President Fred Specht broke ground for the Kankakee site and started construction on a company that continues to positively impact the local community. Armour Laboratories officially opened in 1953 and over the years continued to merge and grow into the company that sits on the corner of Route 50 and Armour Road today.

Making strides in the pharmaceutical industry, CSL Behring Kankakee received FDA approval to fill, package and label influenza vaccines in 2009. Four years later, construction was completed on a new fractionation facility and warehouse. Then in 2019, the facility received FDA approval for the 180-foot-tall plasma fractionation facility that was named “Everest” by locals in the community.

CSL Behring plays a major part in the community and employs over 1,500 people and donates more than $100,000 to local charities throughout the county annually. In addition to impacting Kankakee County, CSL Behring serves patients around the world.

CSL Limited is the parent company of CSL Behring, which is the world’s leading biotechnology company. The company’s focus is on plasma-derived product treatments for bleeding disorders, immune deficiencies, and other rare diseases.

Committed to living their values of helping save lives, protecting the health of people and earning a reputation as a reliable world-wide biotechnology leader. CSL Behring continues to grow and evolve to deliver on their promise to patients. 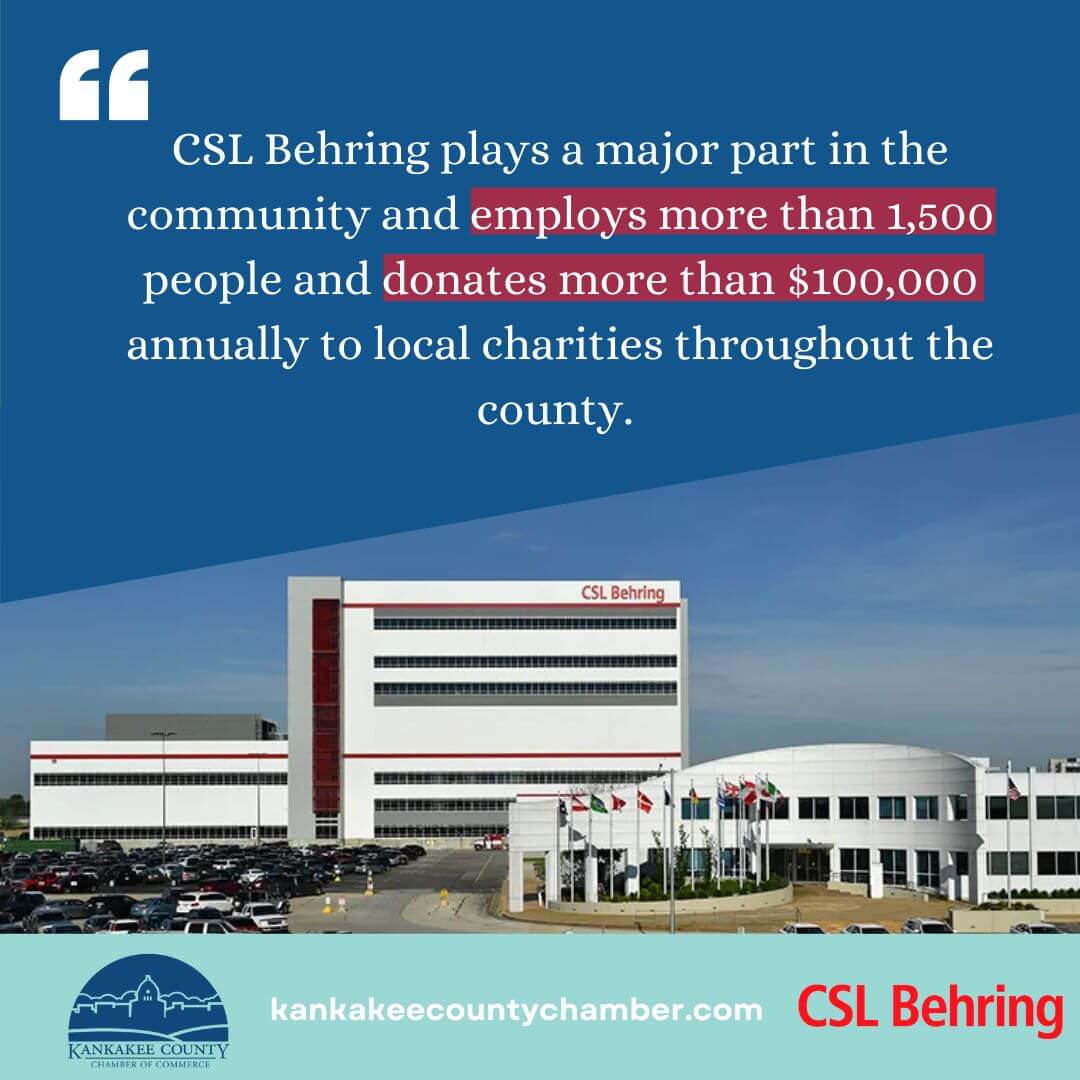