Brian Creek is one of the partners at Borschnack, Pelletier & Co., providing tax services, small business accounting, audits, payroll, consulting, etc. to Kankakee County. It is 100 percent locally owned and one of the leading CPPA Firms in the area.

Brian grew up in Manteno and currently lives in Bourbonnais with his wife of 23 years, Becky. He has a daughter named Morgan, who is 27 years old. Brian went to Kankakee Community College for two years, graduating with his associates degree. He then completed his education at Illinois State University (ISU) with a bachelor’s degree in accounting. He stayed at ISU another semester to take the Certified Public Accountant (CPA) course, passing the exam in November 1995. Brian is a member of the Association of International Certified Professional Accountants (AICPA) and the Illinois CPA Society and is licensed by the State of Illinois.

Two months after graduation, Brian started his job at a firm in Chicago that later became another bigger firm. Along with four others, Brian bought Borschnack, Pelletier & Co.’s current office in 2008. Brian’s favorite part of his job is working on financial statements. One of the highlights of Brian’s career was being able to do auditing for ISU in 2005 to 2008 because it was where he went to college.

In Brian’s spare time he likes to take trips on one of his three motorcycles and play golf. Although Brian does not play golf as much as he would like to, he does swing a club pretty regularly in his living room and basement.

In Brian’s work life and personal life, he lives by the saying ‘Everything is going to be alright’, trusting that whatever it is will work itself out.

Brian has been associated with the Chamber for many years. During this time around, Brian started in January 2019 as the Treasurer.

“I really enjoy the people that I have gotten to meet through the Chamber and working with the staff,” said Brian. 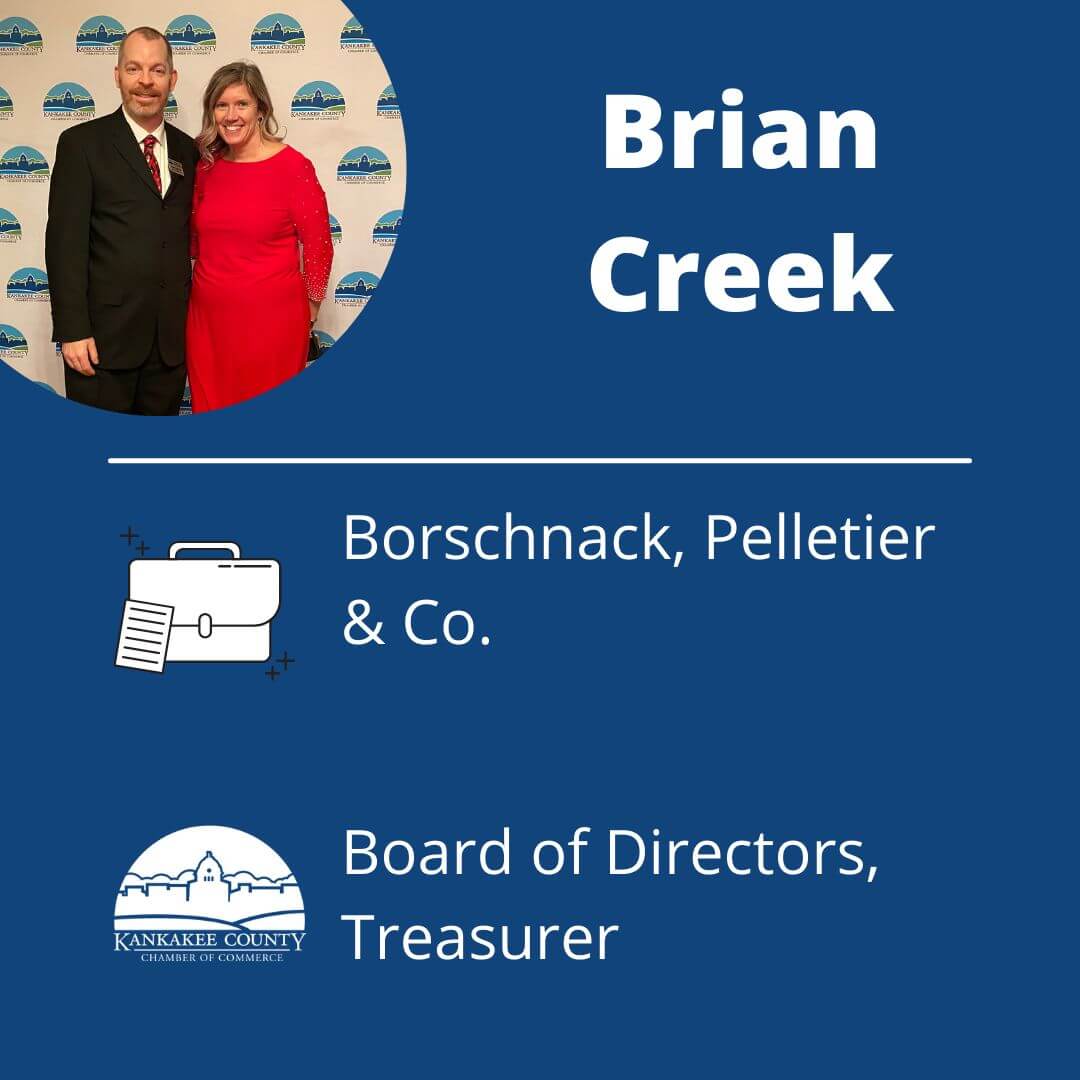