Byron Graham was born in Chicago and attended Homewood-Flossmoor High School. He now attends Olivet Nazarene University where he is studying Corporate Communications and will graduate in May. Byron first started working with the Kankakee County Chamber of Commerce through Inspired Strategies Agency, a course at ONU. After working with the Chamber through his class, Byron applied to be an intern because he wanted to continue to gain experience in a fast-paced work environment while helping others.

Byron stated that the Chamber provided him with an opportunity to be part of a welcoming community that hosts multiple friendly and helpful individuals that he had the pleasure of meeting. During his time interning at the Chamber, Byron said that the thing he liked the most was being able to meet new people.

In his free time, Byron enjoys making music, 3-D modeling, going to the gym and running. Not only does he work with the Chamber, but Byron also is a referee for youth Basketball at Adventure Commons. He stated that he has enjoyed working with the kids and could see himself continuing to ref games in the future.

A personal motto that Byron lives by is “Everything will be ok in the end, if it’s not ok then it’s not the end.” Byron describes himself as intentional, compassionate, and driven. Throughout his time at the Chamber, Bryon has shown all these attributes and continues to be an asset to the Chamber.

Byron’s internship is quickly coming to an end, and he will be graduating from ONU soon. After graduation, we wish Byron success in his future career. 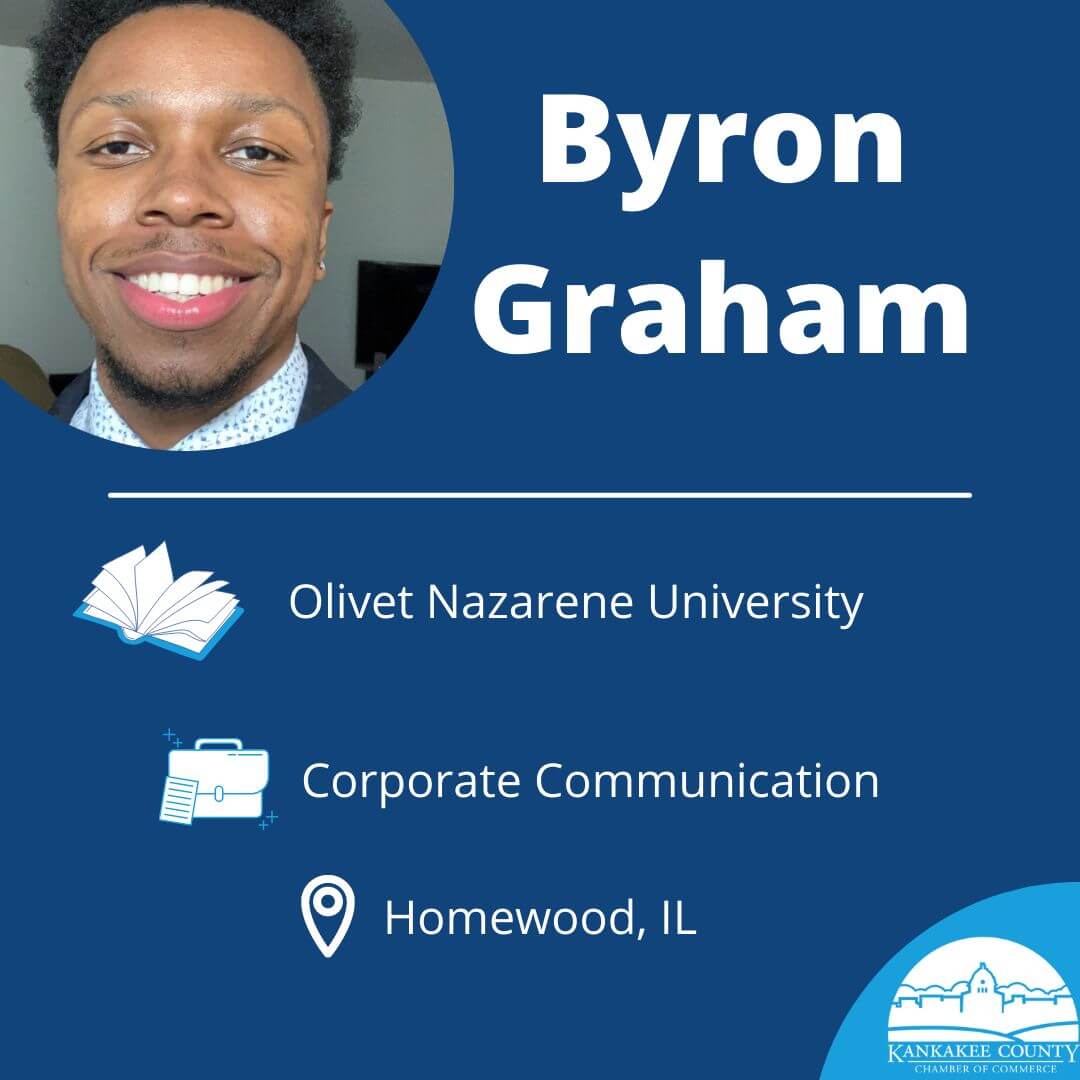