Located at 1359 Locke Drive, near Northfield Square Mall, Chick-fil-A Bradley Bourbonnais will be open for
dine-in, drive-thru and carry-out from 6:30 a.m. to 10 p.m., Monday through Saturday. Guests of Chick-fil-A
Bradley Bourbonnais can place an order for pickup, dine-in or delivery on the Chick-fil-A ® App or online. When
joining the Chick-fil-A One ® tiered membership program, guests receive points on every qualifying purchase,
which can be used to redeem available rewards. Visit chick-fil-a.com/delivery to view delivery options in your
area.

Locally Owned and Operated
As full-time, hands-on leaders in their restaurants and communities, Chick-fil-A Owner/Operators proudly
reside in the communities in which they serve.

In Bourbonnais, Klavohn will be responsible for all day-to-day activities of the business, including employing
approximately 125 full- and part-time Team Members, serving guests and cultivating relationships with local
organizations and businesses.

Klavohn considers Bourbonnais his home, having lived in the area for more than 20 years as an educator in
the community. He and his wife, Michelle, also graduated college nearby at Olivet Nazarene University. While
Klavohn is excited to open Chick-fil-A Bradley Bourbonnais, his work history began with another quick-service
restaurant. Klavohn’s family owned two Dairy Queens in Galesburg, Ill., where he spent most of his childhood.
What ultimately drew him to Chick-fil-A was the fact that Truett Cathy ran the business like Klavohn’s father
ran his, which made him eager to pursue a second career as a Chick-fil-A Operator. Klavohn was ultimately

selected to become the Operator of Chick-fil-A Moline in Moline, Ill. in 2016, where he and his family relocated
for the past six years. Klavohn is thrilled to return to the Greater Kankakee area to open the doors to Chick-fil-
A Bradley Bourbonnais alongside his wife, who will be supporting as the director of community relations, and
his two children Kate and Carson, who also work at Chick-fil-A.

“Being an Operator in a community where we have invested so much of our own lives is a dream come true,”
Klavohn said. “I look forward to giving back to a community that I love and want to be a part of making the
Greater Kankakee area the best it can be.”

Caring for the Bourbonnais Community
In honor of the opening, Chick-fil-A, Inc. will donate $25,000 to Feeding America on behalf of the new
restaurant. These funds will be distributed to partners in the greater Chicago area to aid in the fight against
hunger.

In addition, Chick-fil-A Bradley Bourbonnais is recognizing 100 local heroes making an impact in the
Bourbonnais and Bradley areas by providing them with free Chick-fil-A meals for a year.

Team Member Investment
Chick-fil-A Operators are committed to hiring, developing and retaining top talent and providing a positive work
environment for people of all ages and backgrounds. Team Members have opportunities for flexible work
hours and leadership growth, competitive pay and benefits, hands-on training and mentoring and the chance
to apply for scholarships to support their continuing education.

Delicious Food; Outstanding Customer Service
Chick-fil-A is known for serving customers great-tasting food made with high-quality ingredients, including the
original Chick-fil-A ® Chicken Sandwich. Made with a real, whole, boneless breast of chicken with no added
fillers, the breaded chicken is pressure cooked in fully-refined peanut oil. Chick-fil-A was one of the first in the
industry to eliminate chicken raised with antibiotics to ensure guests have an option for high-quality food on the
go.

To complement the great-tasting chicken, fresh produce is delivered to Chick-fil-A restaurants up to six times a
week for the best quality and flavor. The fresh ingredients are raised and grown by farmers who share the
company&#39;s elevated quality and safety standards, so guests feel good about their meal.
For the latest news and updates on Chick-fil-A Bradley Bourbonnais, visit the local restaurant’s Facebook
page and follow along on Instagram. For more information about Chick-fil-A and stories about the Brand’s
food, people and customers across the country, visit chick-fil-a.com.

About Chick-fil-A, Inc.
Atlanta-based Chick-fil-A, Inc. is a restaurant company known for the Original Chick-fil-A ®  Chicken Sandwich
and signature hospitality. Represented by more than 170,000 Team Members, Operators and Staff, Chick-fil-
A ®  restaurants serve guests freshly prepared food at more than 2,700 restaurants in 48 states, Washington,
D.C., Puerto Rico and Canada. The family-owned and privately held restaurant company was founded in 1967
by S. Truett Cathy and is committed to serving the local communities in which its franchised restaurants
operate.
Known for its leadership and growth opportunities, in 2022 Chick-fil-A was named a Best Employer in America
by Forbes and a top company for career opportunities for Black employees by Glassdoor. The company was
also awarded the Employee’s Choice by Glassdoor honoring top CEOs and was named a Culture 500 Culture
Champion in 2020. A leader in customer service, Chick-fil-A was named QSR magazine’s Drive-Thru
Restaurant of the Year in 2021. More information on Chick-fil-A is available at www.chick-fil-
a.com and @ChickfilANews. 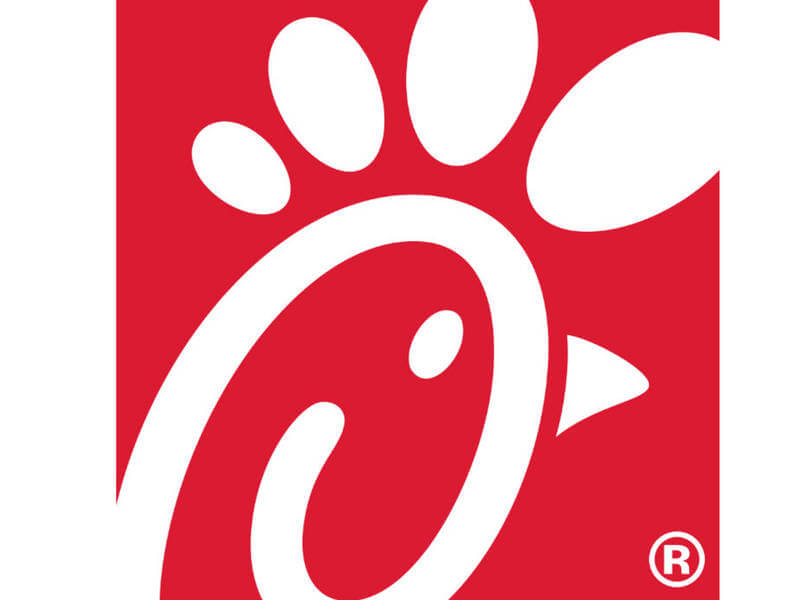