The ATHENA and Young ATHENA Leadership Awards®  are presented to exemplary leaders who have achieved excellence in their business or profession, serve the community in a meaningful way, and actively assist women to achieve their full leadership potential.

Founded over 30 years ago, ATHENA International is a women’s leadership organization that supports, develops and honors women leaders through the programs it administers. ATHENA’s flagship program, the ATHENA Leadership Award® Program, has honored over 7,000 women leaders from hundreds of cities and eight countries since its inception in 1982. Nominations are requested throughout the community and Recipients are selected by a diverse group of community leaders based on the criteria above.

ATHENA Leadership Award® Recipients emerge from all professional sectors. The award’s rich history, international scope and emphasis on mentorship make this award unique and amongst the most prestigious leadership awards one can receive.

ATHENA Leadership Award® Recipients are presented a hand-cast, bronzed and crystal sculpture that symbolizes the strength, courage and wisdom of ATHENA Recipients.

Women In Network believes in the values underlying ATHENA International’s philosophy of incorporating the talent and expertise of women into the leadership of our businesses, our communities and our government. Reflective of a quote attributed to Plato, “What is honored in a country will be cultivated there”, the ATHENA Leadership Award® honors and illuminates the leaders and leadership styles of individuals others would emulate.

Nominations will be accepted until Friday, April 1.  Nomination forms can be found on the Kankakee County Chamber website at www.kankakeecountychamber.com/athena.

If you have any questions, please contact the Kankakee County Chamber of Commerce at 815.351.9068. 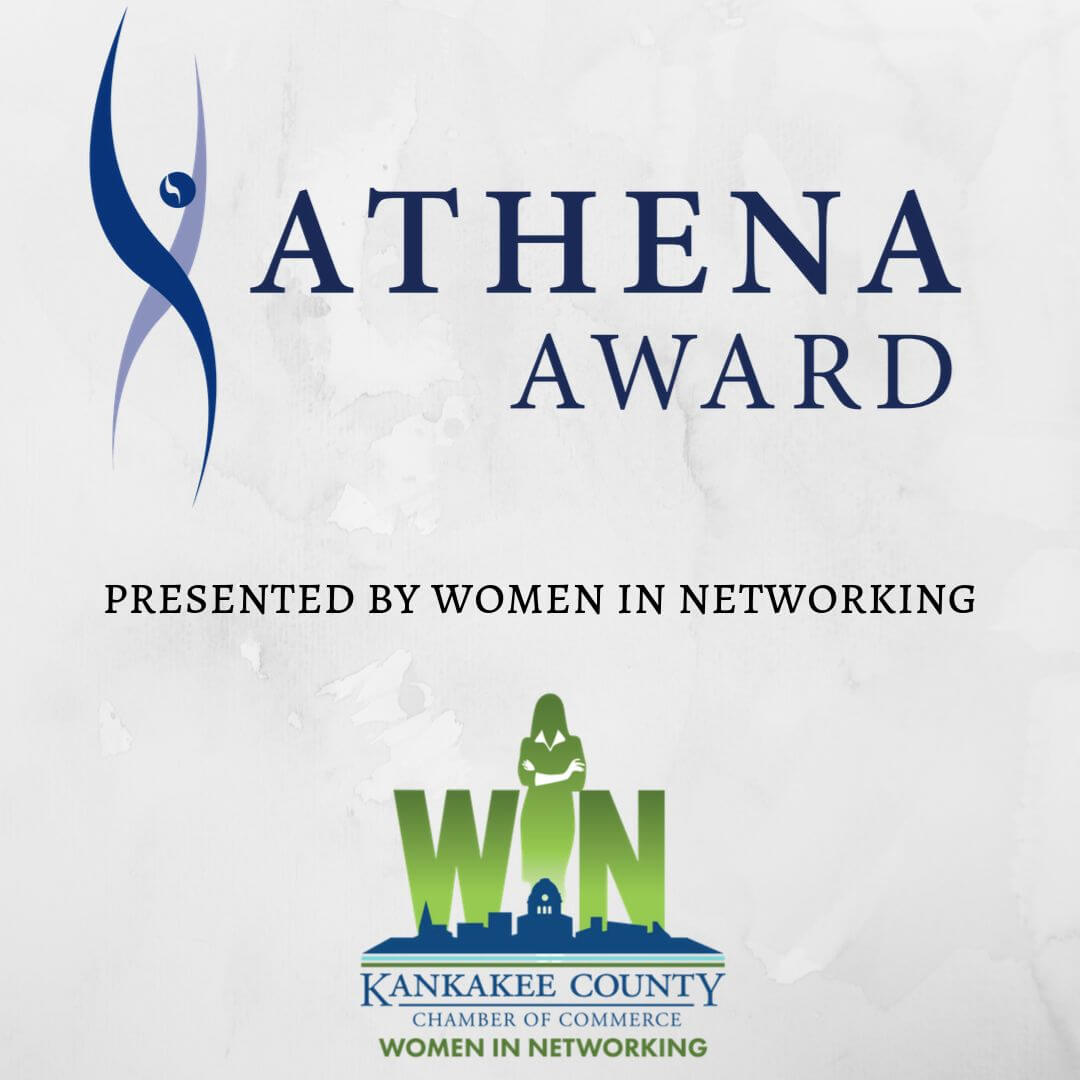